Kudos to the Triton team. A few years back, watching Horst Sergio’s videos, I was certain that I would never be able to ride a mono wing. How cool is it that you can now buy a custom designed mono wing, and have a blast on it, after a limited learning period? Very very cool, if you ask me. -br44 (link) 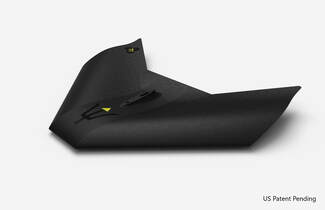 Is this wing for me?
This wing is for adventurers. If you are OK mowing the lawn on a traditional "locked-in" foil, that's cool. No worries. Enjoy. But if you want a new challenge, a new foiling sensation, then the wait is over. The T1 is your new favorite foil.

Does this replace my foil?
Good question. We think it does. For more and more riders, the T1, not their traditional foil, is their first choice to take to the beach. So if you are not 100% happy with our monowing, let us know. And we will make it right.

​So how does it ride?
It's way more turny and agile than a traditional foil. As a freestyle machine, it wants to do 360s and tacks naturally. It has front foot pressure just like a traditional foil. The T1 is simply amazing in waves, eating up white water and putting you in the pocket effortlessly.

Who is this wing for?
This wing is for average foilers and up. If you can gybe your foil, you have the skill to unlock the T1's exceptional ride. Expert wingers will also love the T1 and its secret toolkit of tricks and hacks.

Already have a foil?
We made the T1 compatible with many two-bolt M8 aluminum masts with between 45 and 65mm bolt spacings including Slingshot, Nobile, CORE, Crazy Fly, North, Fanatic, Axis, Shinn, Cabrinha, Liquid Force and Zeeko.  Email us if you have any questions.

​​
​What's included in the Triton T1?
The T1 monowing includes a stainless steel pedestal and square slot washer that accommodates many different aluminum masts. A heavy duty wing sleeve protects your investment in transit and on the beach.